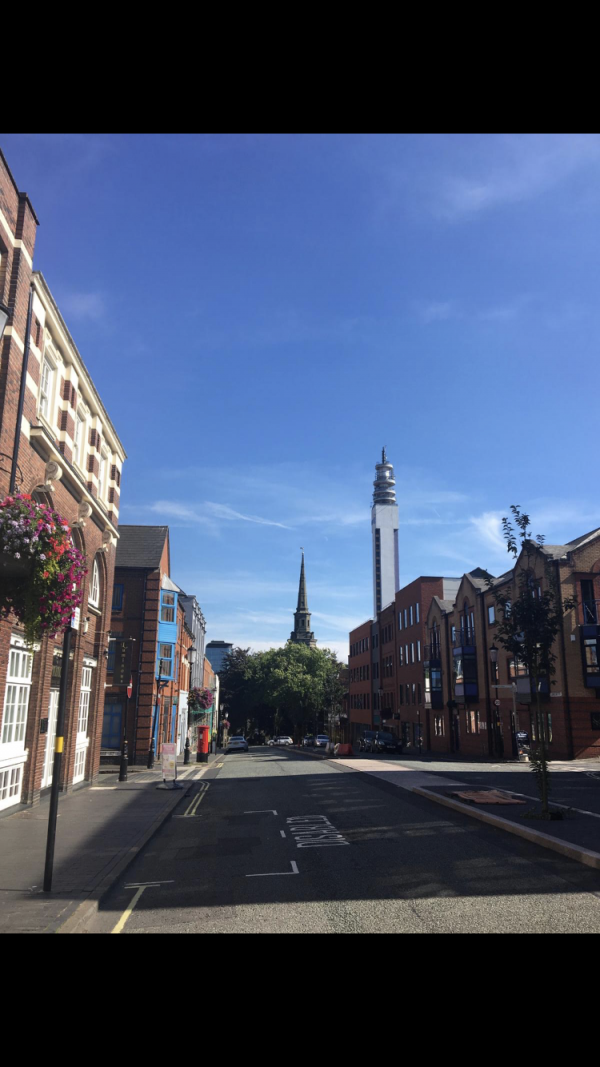 In View from the Director's Box

Some of the top reasons to live in the ‘second’ city this 2019, and to invest in property.

Birmingham really is becoming a contender for one of the top places to live in England.

The modern metropolis has a whole array of things to explore and cool spots, it’s all happening here. The so-called ‘second city’ has plenty of opportunities to maximise, there is a definitive buzz and vibrancy about Birmingham, drawing in a new batch of residents by the tens of thousands.

So, I’ve had a look at some of the top reasons to live in the ‘second’ city this 2019, and to invest in property?

The new face of Birmingham

The city certainly has an awful lot going for it, so if you are looking to invest in property Birmingham is currently the prime spot for living. Despite the uncertainty surrounding Brexit, there is still an opportunity to be had in the UK property market, with a flutter of excitement surrounding Birmingham, the property investment route has proven time and time again to offer a beneficial return for your money.

Birmingham is constantly evolving as regeneration work has been positively impacting on the city, it has been on the cusp of a big change since transforming its train station and becoming a major transport and shopping hub, marking a positive change in people’s perceptions of Birmingham. Not forgetting Birmingham was the second-fastest growing UK city over 2018 and with HS2 expected for completion in 2026, the city is looking ever more attractive as an investment hotspot. Impressive regeneration projects are expected to continue to revamp the city, including £10 million renovation of Birmingham's largest public space, Centenary Square, opening and an exciting £450 million canal side regeneration scheme is taking redevelopment to the next level.

Spoilt for choice, the city of diversity

The city that delivers and has an appetite for anything; from iconic attractions, such as the Town Hall and Custard Factory to the Bullring and Library. A thriving arts and theatre scene from the Ikon Gallery to Grand Central, and the Town Hall to Think Tank. It really is the city of diversity, where culture is brought to life and holds an eclectic mix of fusion food offerings, from; sizzling street food to beautiful Baltis, Thai to Tapas, Cuban to Caribbean.

There is plenty to explore; from cathedrals to chic casinos, canals to Cadbury’s, waterside bars to rooftop restaurants under the stars…you really are spoilt for choice here, which all add to Birmingham’s ever growing appeal.

Birmingham is also now an urban hotspot for living, as the region is home to five universities which in turn educate over 73,000 students. This presents a lucrative opportunity for prospective property investors, as often these students opt for urban city living after their studies, due to the career opportunities that the city brings with it.

The city has been labelled as the youngest population in Europe, bringing in budding young professionals embarking on new careers.  This benefits prospective property investors, looking to rent out properties, enabling buy to let properties to achieve good levels of capital uplift.

Business is big in Brum

Birmingham boasts a thriving business community and it has becoming especially appealing to young professionals. There is an unmistakable energy when it comes to start-ups and emerging entrepreneurs enthusiastically heading to the city, in pursuit of their next innovative projects.

The relocation of global firms such as HSBC and Deutsche Bank only enhances Birmingham’s appeal. There is also a significant rise in new enterprises, which gives the city potential to outclass London even to become a central hub of innovation, productive and long term prospects. These findings coincide with research conducted by the Government for Start-Ups in Birmingham, 2018.

BRING ON THE GAMES

Sitting at the heart of the UK and standing for diversity, the city is perfectly positioned to host one of the world’s largest sporting events and it welcomes the Commonwealth Games in 2022. This is expected to generate significant exposure for the city and around £750 million for the local economy.

The Birmingham boom is currently making the city one of the most attractive property investment opportunities in the country and an increasing number of investors are looking to Brum for their next lucrative investment. Research conducted by Seven Capital (2018) has suggested that the top reason people in Birmingham and across the West Midlands want to invest in property, is to contribute significantly in helping to plan for the future - growing their wealth to create sufficient funds for their retirement and later years.

These mounting city developments and growing positive associations with Birmingham are making it an attractive place to live and work. An increasing number of property investors are looking to Brum for their next lucrative investment.

Overall, there is a strong sense of enthusiasm and excitement surrounding the city’s growth and ongoing success! Brum is proving to be an ever-popular option for investing in property and promptly becoming ‘the place to be’; that’s why at Sadler & Partridge we’ve created our specialist division S&P City focussing purely on the city centre, offering a unique, transparent and efficient buy to let property service for our clients from start to finish. Get in touch with us today and let’s see how we can help look after you and your property.

What our clients' say